Karijini National Park is centred in Western Australia. The park’s wildlife includes red kangaroos, rock-wallabies, geckos, goannas, bats, legless lizards and a large variety of birds and snakes, including pythons. The park is most notable for its many gorges containing slot canyons, waterfalls and water holes with visitors sometimes swimming in the cold pools of water.

END_OF_DOCUMENT_TOKEN_TO_BE_REPLACED 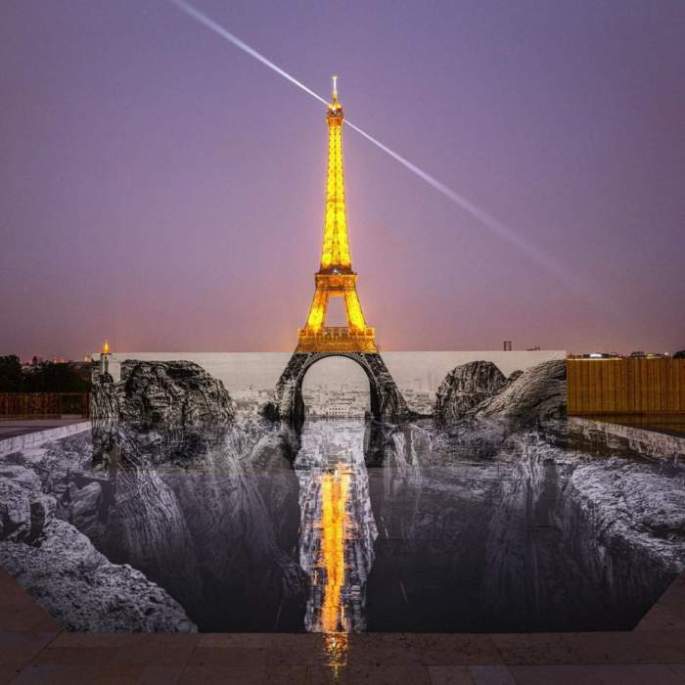 Α massive trompe-l’oeil installation ιn front of the Eiffel Tower by street artist JR. With his new installation located on the Parvis des Droits de l’Homme in Paris, JR continues his reflection on architecture and excavation of iconic monuments. JR once again leaves it up to the viewers to make their own interpretation of the project.

END_OF_DOCUMENT_TOKEN_TO_BE_REPLACED

Helmcken Falls is a 141 m (463 ft) waterfall in British Columbia, Canada. Most tourists see Helmcken Falls in summer. A winter visit is worthwhile because the ice cone at the base often grows to 50 m tall and sometimes even higher in very cold snowy winters.

END_OF_DOCUMENT_TOKEN_TO_BE_REPLACED

A rare phenomenon in Lake Baikal in Siberia called “Baikal Zen”, Rocks lying on the surface of the frozen lake are heated by sunlight that melts the ice below. When the sun sets, the ice freezes again, creating these incredible frozen structures.

END_OF_DOCUMENT_TOKEN_TO_BE_REPLACED

Hawiyyat Najm, known as Bimmah Sinkhole in English, is a water-filled sinkhole in the limestone of eastern Muscat Governorate in Oman. The sinkhole was formed by a collapse of the surface layer due to dissolution of the underlying limestone. However, locals used to believe this sinkhole in the shape of a water well was created by a meteorite.The Arabic name Hawiyyat Najm means “the deep well of the (falling) star”.

END_OF_DOCUMENT_TOKEN_TO_BE_REPLACED 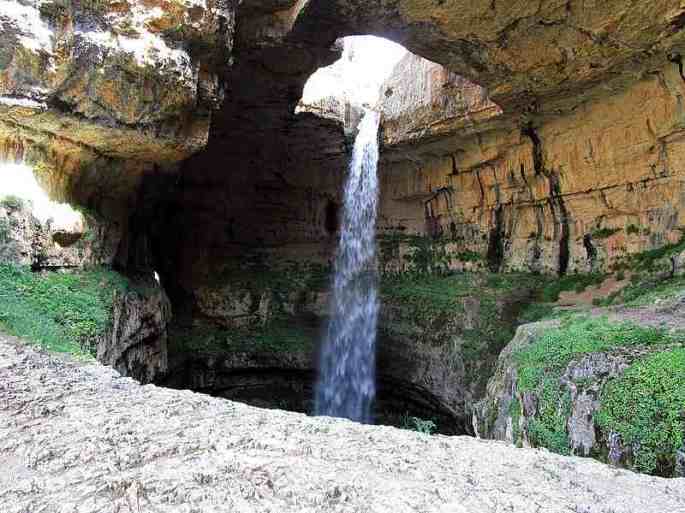 The Balaa gorge sinkhole is a waterfall in Lebanon. The waterfall drops 255 metres (837 ft) into the Balaa Pothole, a cave of Jurassic limestone. The cave is also known as the Cave of the Three Bridges. The three natural bridges, rising one above the other and overhanging a chasm descending into Mount Lebanon.

END_OF_DOCUMENT_TOKEN_TO_BE_REPLACED 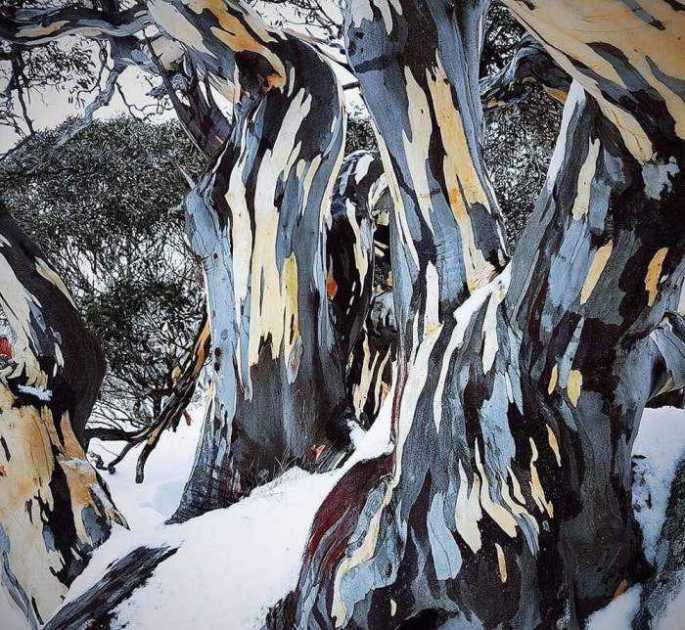 Eucalyptus pauciflora, commonly known as snow gum, is a species of tree native to eastern Australia. It has smooth bark in shades of white, gray, and occasionally red and white flowers. The bark sheds, giving it an attractive mottled appearance in various colors.

END_OF_DOCUMENT_TOKEN_TO_BE_REPLACED 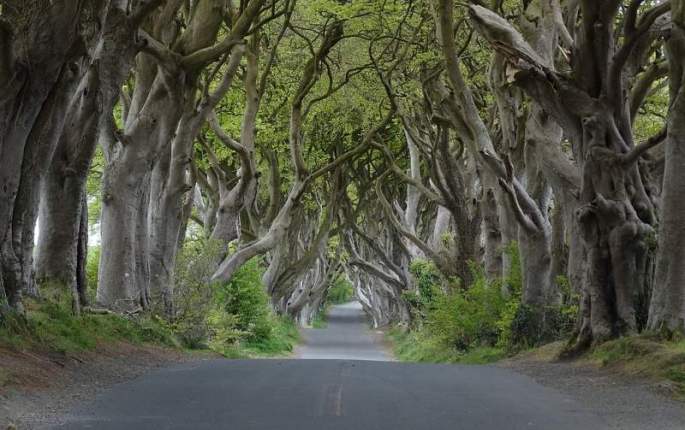 The Dark Hedges is an avenue of beech trees in Northern Ireland. In about 1775 James Stuart built a new house, named Gracehill House after his wife Grace Lynd. Over 150 beech trees were planted along the entrance road to the estate, to create an imposing approach. According to legend, the hedges are visited by a ghost called the Grey Lady, who travels the road and flits across it from tree to tree. She is claimed to be either the spirit of James Stuart’s daughter (named “Cross Peggy”) or one of the house’s maids who died mysteriously, or a spirit from an abandoned graveyard beneath the fields, who on Halloween is joined on her visitation by other spirits from the graveyard.
The trees form an atmospheric tunnel that has been used as a location in HBO’s popular television series Game of Thrones, which has resulted in the avenue becoming a popular tourist attraction.
info: wikipedia

END_OF_DOCUMENT_TOKEN_TO_BE_REPLACED

The Danakil Depression in Ethiopia is a geological depression that has resulted from the divergence of three tectonic plates in the Horn of Africa. Τhe Danakil Depression is the hottest place on Earth in terms of year-round average temperatures. It is also one of the lowest places on the planet (100 m below sea level, and without rain for most of the year. Among the geological points of interest to tourists are the hydrothermal system of Dallol and the Yellow Lake.

END_OF_DOCUMENT_TOKEN_TO_BE_REPLACED

The rock that juts out from the side of Lookout Mountain in Georgia gets its name from the Cherokee legend of two young lovers, a brave named Sautee and a maiden named Nacoochee, from two feuding tribes. According to the legend, Sautee was captured and thrown from the top of Lover’s Leap. Nacoochee, distressed from the loss, jumped to her own death. Rock City has claimed that it is possible to see seven states from the top of Lover’s Leap aka High Falls.