Hocking Hills State Park is a state park in Ohio, United States. Within the park are over 25 miles of hiking trails, rock formations, waterfalls, and recess caves.
In the southernmost reaches of Hocking Hills is Ash Cave, the largest, most impressive recess cave in the state. The horseshoe-shaped cave measures 700 feet from end to end, 100 feet deep from the rear cave wall to its front edge with the rim rising 90 feet high. The cave was named after the huge pile of ashes found under the shelter by early settlers. 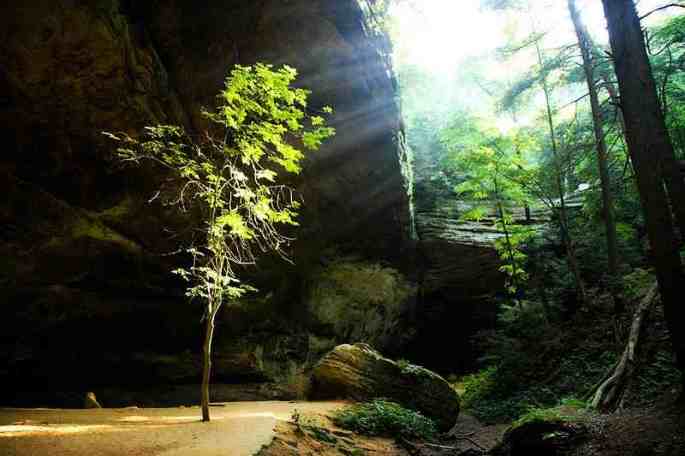 The most popular of all the Hocking areas is Old Man’s Cave. The area can be divided into five principal sections: Upper Falls, Upper Gorge, Middle Falls, Lower Falls and Lower Gorge. 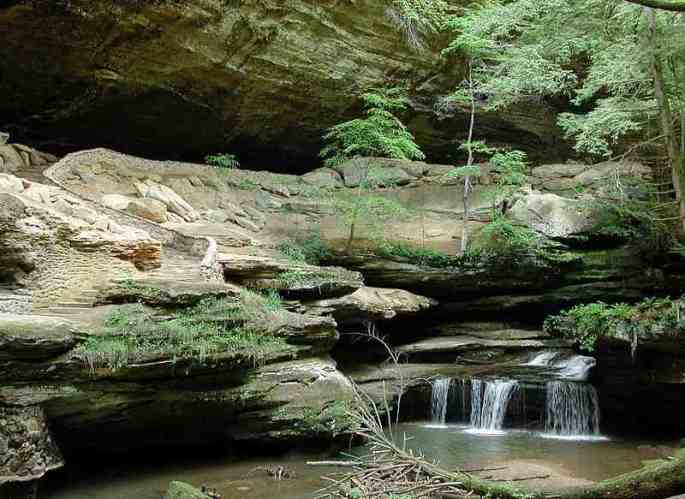 The Rock House is a tunnel-like corridor situated midway up a 150-foot cliff of Blackhand sandstone. Water leaking through a horizontal joint running parallel to the cliff face caused the hollowing of the corridor. Rock house was used for shelter in the past. Holes, small recesses in the rear wall of Rock House, served as baking ovens for Native Americans using the cave. 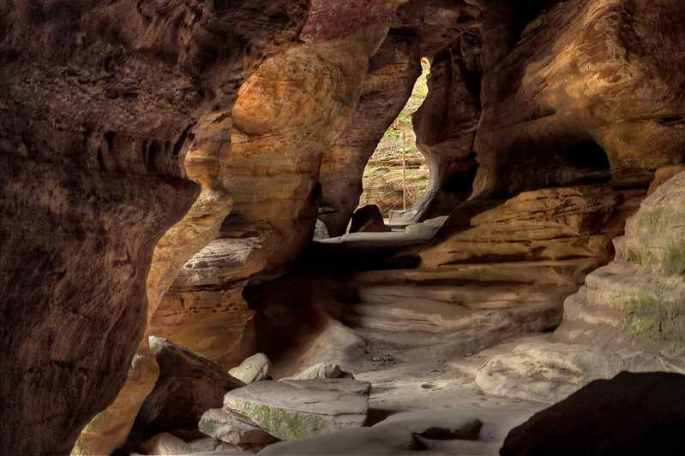 The Rock House In Hocking Hills Mark Spearman/CC BY 2.0 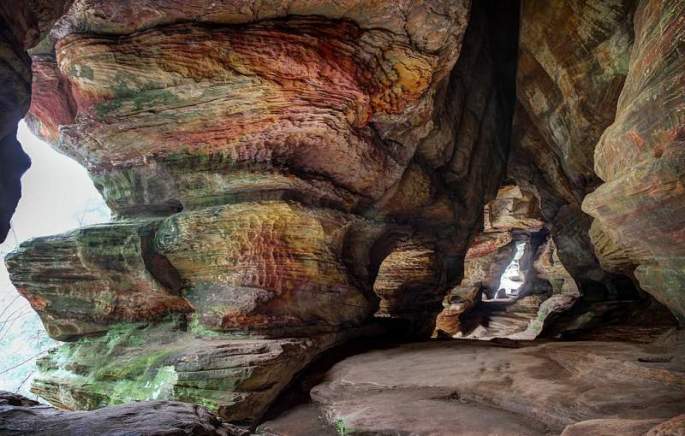