Multnomah Falls is located on Multnomah Creek in Oregon, US. Spanning two tiers on basalt cliffs, it is the tallest waterfall in the state of Oregon at 620 ft (189 m) in height. The falls drops in two major steps, split into an upper falls and a lower falls. The two drops are due to a zone of more easily eroded basalt at the base of the upper falls. Underground springs from Larch Mountain are the year-round source of water for the waterfall, augmented by spring runoff from the mountain’s snowpack and rainwater during the other seasons. According to legend from the Multnomah tribe (from whom the falls take their name), the waterfall was formed after a young woman sacrificed herself to the Great Spirit to save Multnomah village from a plague by jumping from the cliff. After her death, water began to flow from above the cliff, creating the waterfall. Multnomah Falls is the most visited natural recreation site in the Pacific Northwest with more than 2 million stopping by each year.
info: wikipedia 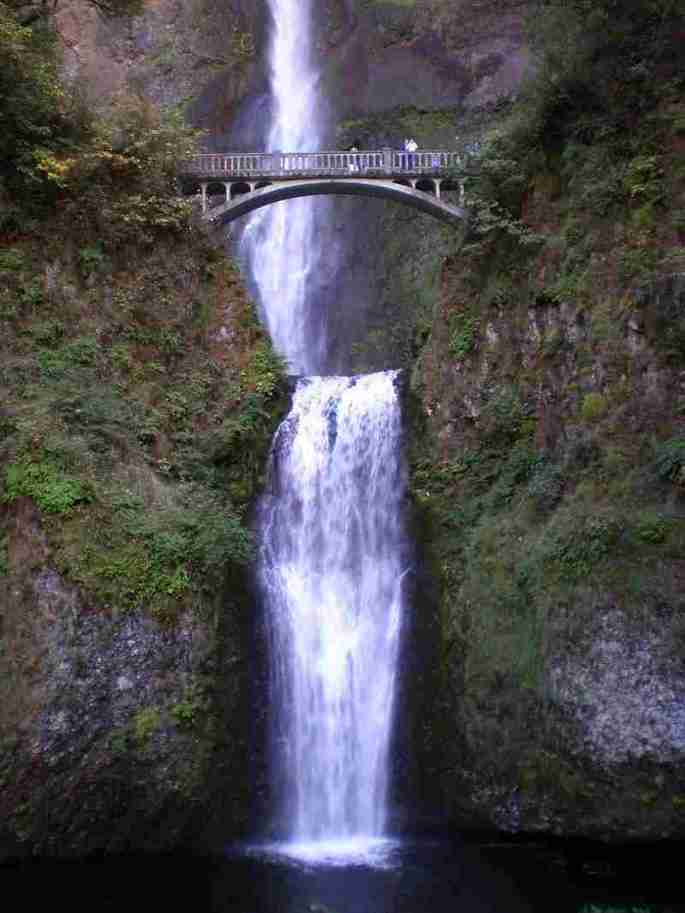 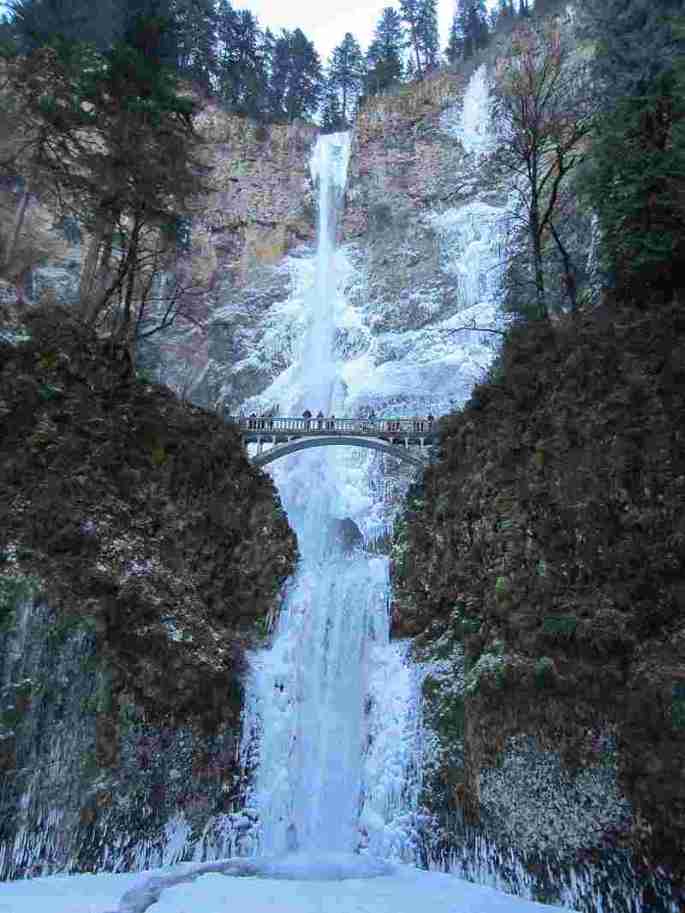 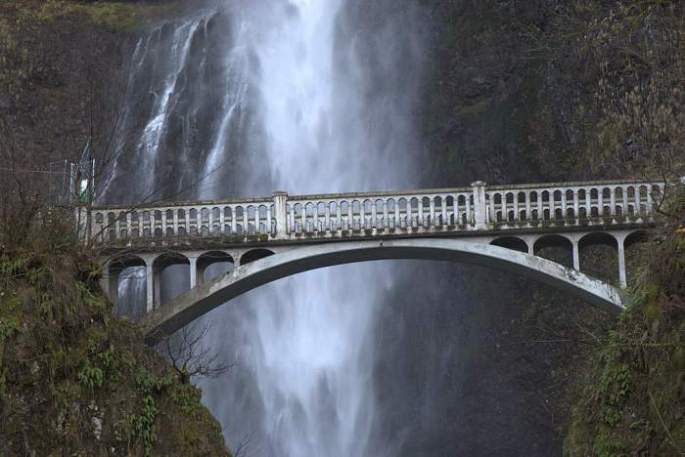 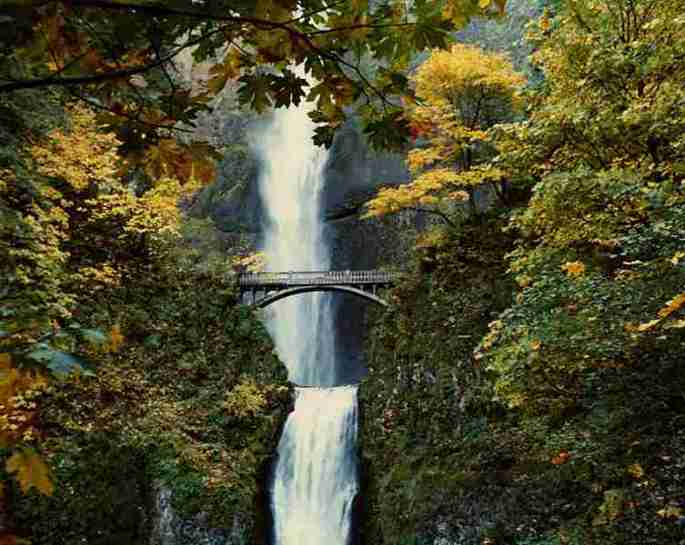 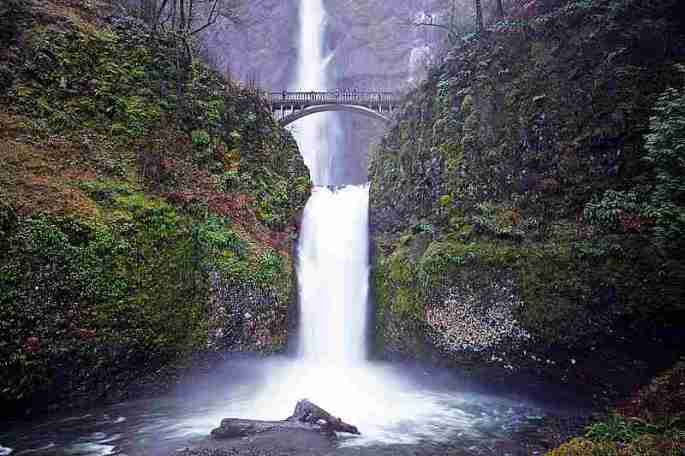