A crannog is typically a partially or entirely artificial island, usually built in lakes, rivers, and estuarine waters of Scotland, Wales, and Ireland. Crannogs were used as dwellings over five millennia, from the European Neolithic Period to as late as the 17th/early 18th century. Crannogs took on many different forms and methods of construction based on what was available in the immediate landscape. The classic image of a prehistoric crannog comes from both post-medieval illustrations and highly influential excavations . The choice of a small islet as a home may seem odd today, yet waterways were the main channels for both communication and travel until the 19th century in much of Ireland and especially Highland Scotland. Crannogs are traditionally considered as simple prehistorical farmsteads. They are also interpreted as boltholes in times of danger, as status symbols with limited access and as inherited locations of power that imply a sense of legitimacy and ancestry towards ownership of the surrounding landscape. Today, crannogs typically appear as small, circular islets, often 10 to 30 metres (30 to 100 ft) in diameter, covered in dense vegetation due to their inaccessibility to grazing livestock.

The crannog on Loch Migdale during a shower – By Des Colhoun, CC BY-SA 2.0, Link 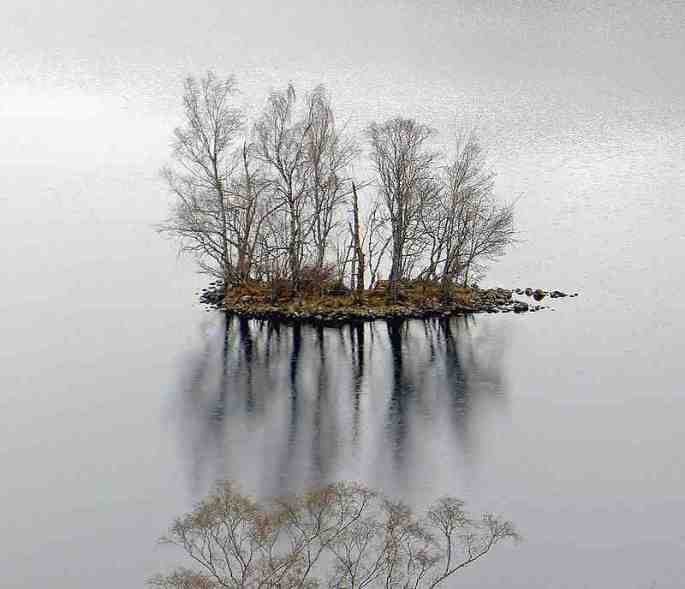