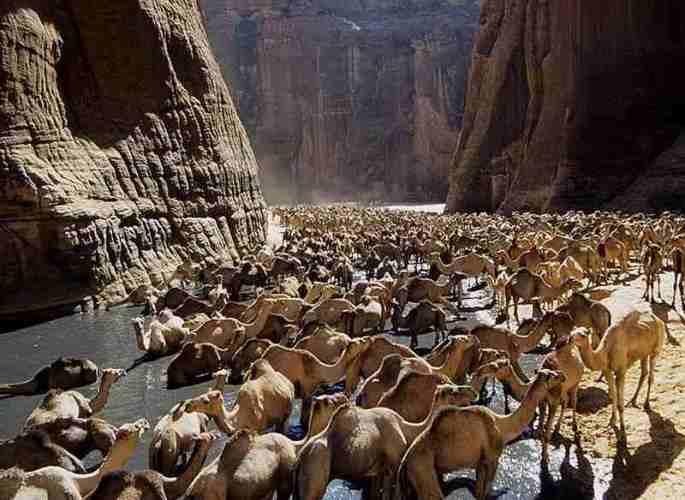 The Guelta d’Archei is probably the most famous guelta – a lower level of height ground between rocks which holds water – in the Sahara. It is a barren place located in the Ennedi Plateau, in north-eastern Chad. The reservoirs of this wetland is supported by groundwater. The guelta is a watering place for camels. and it is also inhabited by a very small number of the Nile crocodile.
info wikipedia 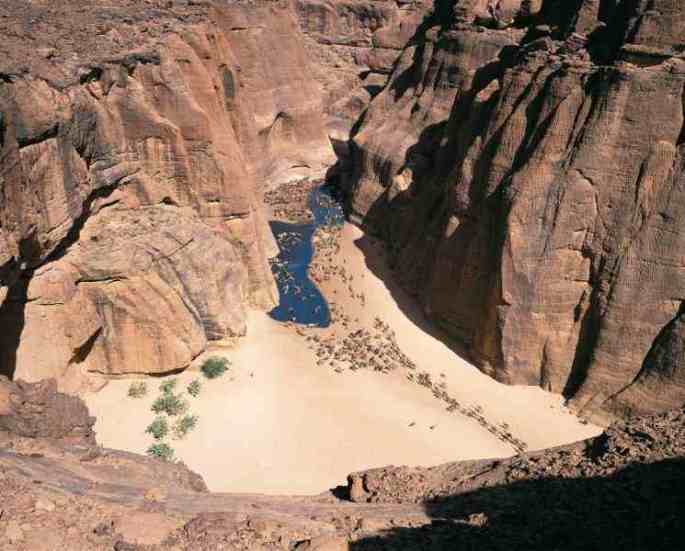 By Desertman (Own work) [GFDL or CC BY-SA 3.0], via Wikimedia Commons

By David Stanley from Nanaimo, Canada – Herds of Camels, CC BY 2.0, Link

By David Stanley from Nanaimo, Canada – Camels at Guelta d’Archei, CC BY 2.0, Link</a 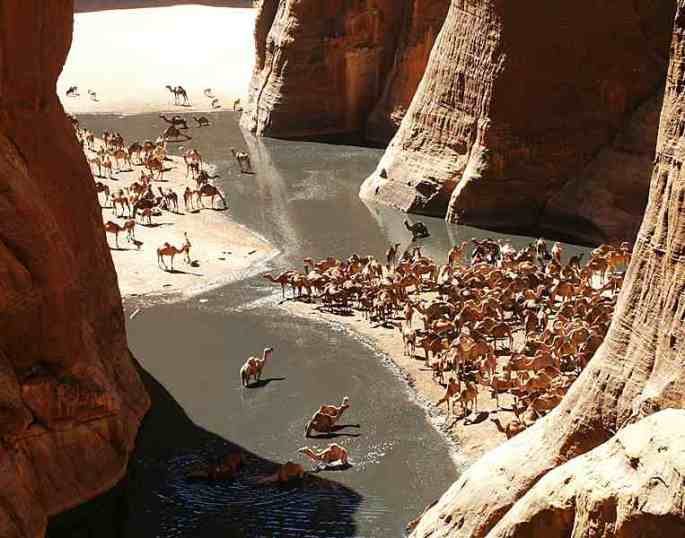 Dario Menasce at the English language Wikipedia [GFDL or CC-BY-SA-3.0], via Wikimedia Commons