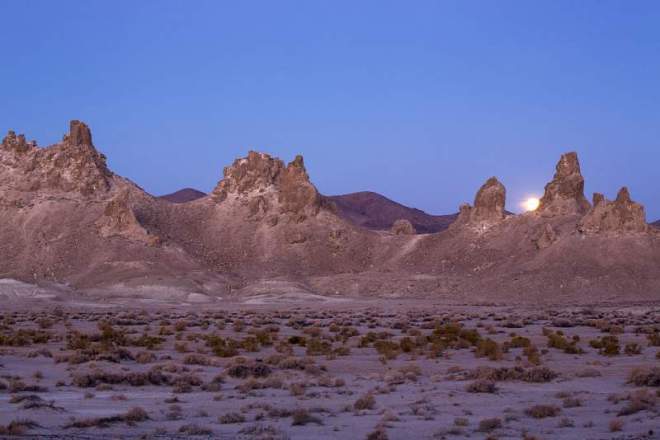 The Trona Pinnacles are an unusual geological feature in the California Desert National Conservation Area. The unusual landscape consists of more than 500 porous rock formed as a deposit when springs interact with other bodies of water, rising from the bed of the Searles Lake dry basin. Known as tufa pinnacles, these strange shapes formed underwater 10,000 to 100,000 years ago. The pinnacles vary in size and shape from short and squat to tall and thin, They now sit isolated and slowly crumbling away near the south end of the valley, surrounded by many square miles of flat, dried mud and with stark mountain ranges at either side. The Pinnacles are recognizable in more than a dozen hit movies. Over thirty film projects a year are shot among the tufa pinnacles, including backdrops for car commercials and sci-fi movies and television series such as Battlestar Galactica, Star Trek V: The Final Frontier, Disney’s Dinosaur, The Gate II, Lost in Space, and Planet of the Apes.
info source: wikipedia 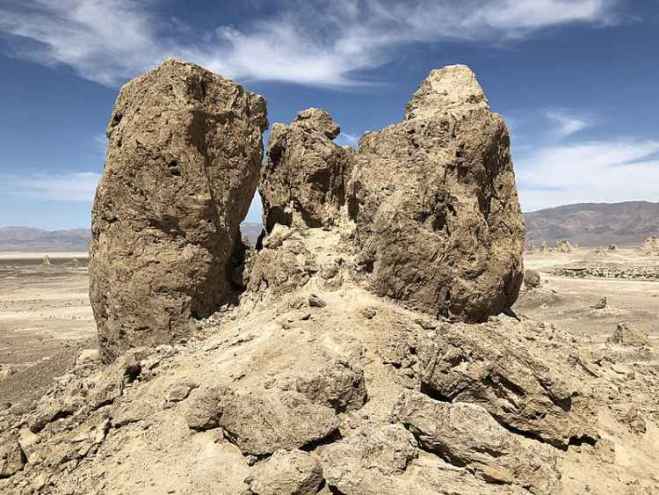 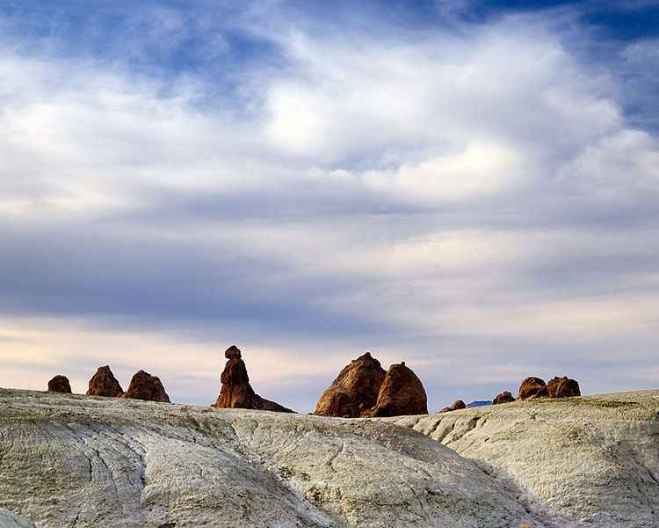 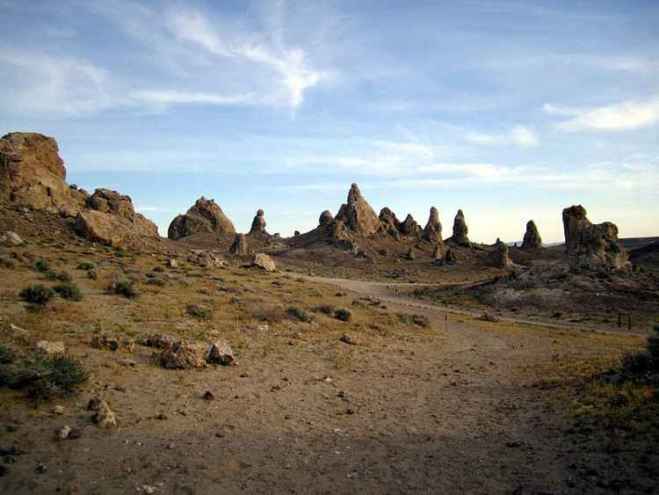 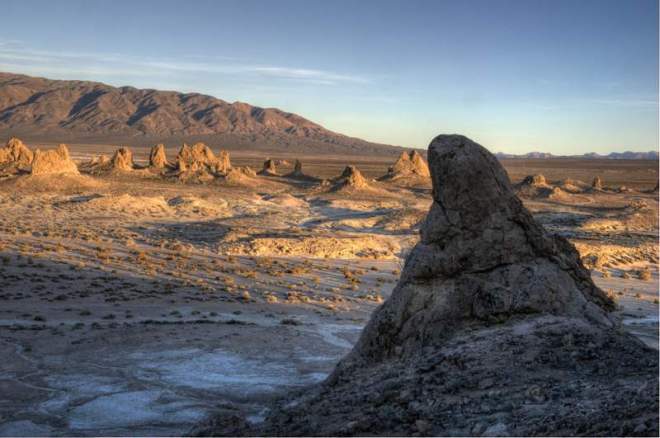 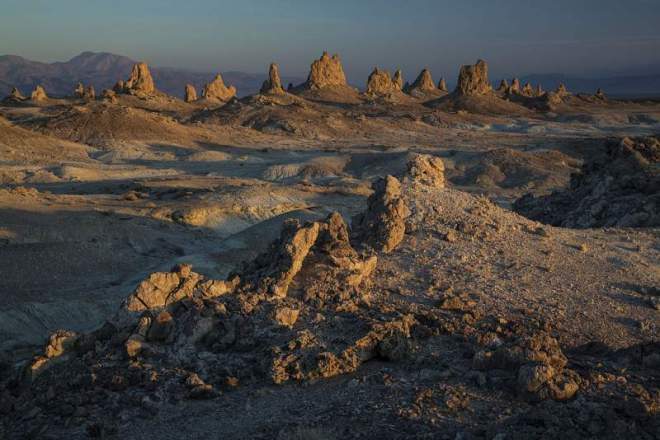 4 thoughts on “Trona Pinnacles recognizable in more than a dozen hit movies.”