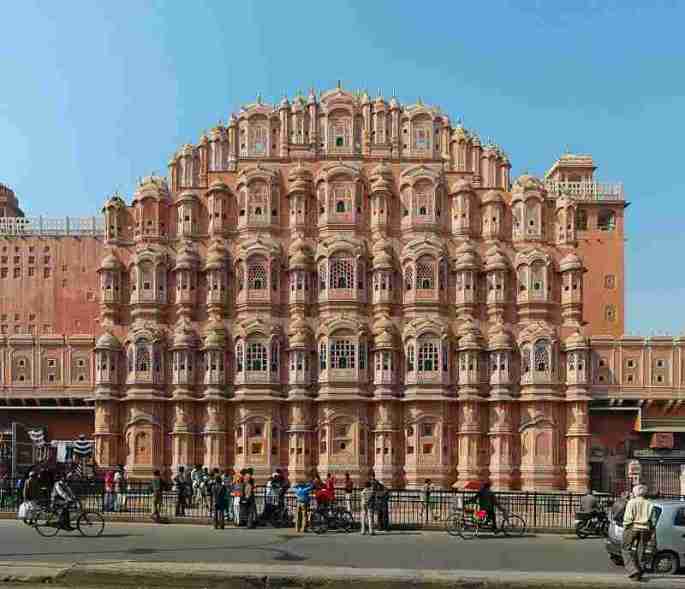 Hawa Mahal (in English : “Palace of Winds” or “Palace of the Breeze”) is a palace in Jaipur, India. The red and pink sandstone from which it is built gives Jaipur its nickname, “The Pink City.”
The structure was built in 1799. Its unique five-story exterior is akin to the honeycomb of a beehive with its 953 small windows called jharokhas decorated with intricate latticework. The original intent of the lattice design was to allow royal ladies to observe everyday life and festivals celebrated in the street below without being seen, since they had to obey the strict rules of “purdah”, which forbade them from appearing in public without face coverings. This architectural feature also allowed cool air from the Venturi effect (doctor breeze) to pass through, thus making the whole area more pleasant during the high temperatures in summer. Many people see the Hawa Mahal from the street view and think it is the front of the palace, but in reality it is the back of that structure.

The front elevation, as seen from the street, is like a honeycomb with small portholes. Each porthole has miniature windows and carved sandstone grills, finials and domes. It gives the appearance of a mass of semi-octagonal bays, giving the monument its unique facade. The inner face on the back side of the building consists of chambers built with pillars and corridors with minimal ornamentation, and reach up to the top floor.
It is particularly striking when viewed early in the morning, lit with the golden light of sunrise. 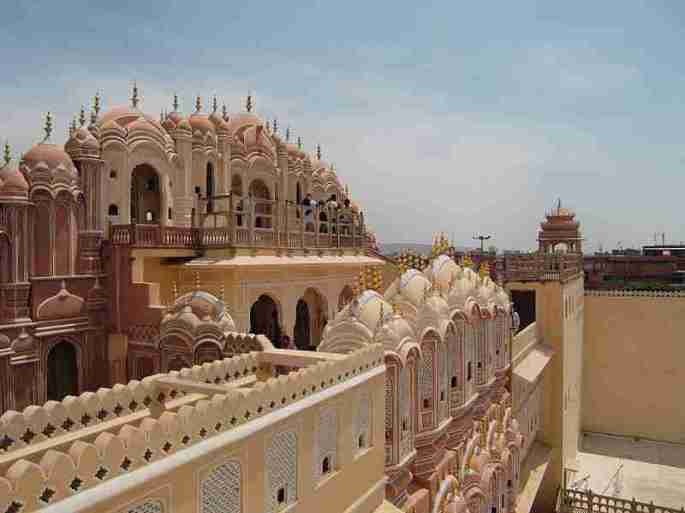 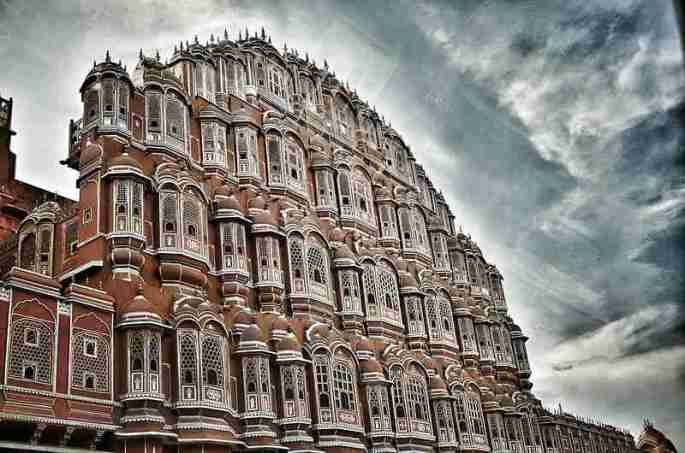 5 thoughts on “Hawa Mahal – The Palace of the Winds”