Tuolumne Grove is a sequoia grove located near Crane Flat in Yosemite National Park. The grove contains about twenty-five large giant sequoia specimens. The one-tenth-mile trail includes the “Dead Giant,” the first tree to be tunneled in the park. In 1878, the huge, already dead sequoia, 30 feet in diameter at the base, hollowed out for stagecoaches and later cars to drive through on the old Big Oak Flat Road. In 1993, park officials closed off car traffic due to damage to the grove’s ecosystem. 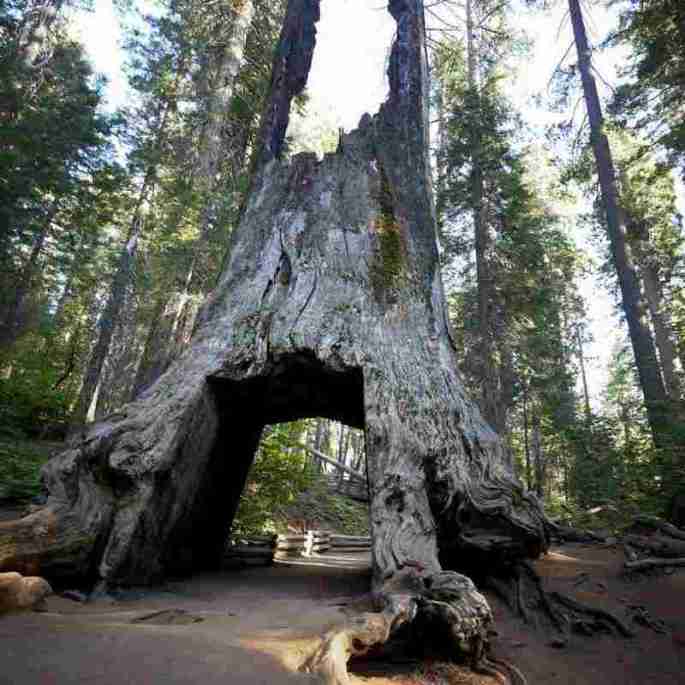 The Wawona Tree, was a famous giant sequoia that stood in Mariposa Grove, Yosemite National Park, California. A tunnel was cut through the tree in 1881, enlarging an existing fire scar. Construction of the Wawona Tree was part of an effort by the Park Service to increase tourism in the age of the automobile. The Wawona Tree fell in February 1969 under a heavy load of snow on its crown. The giant sequoia is estimated to have been 2,300 years old. 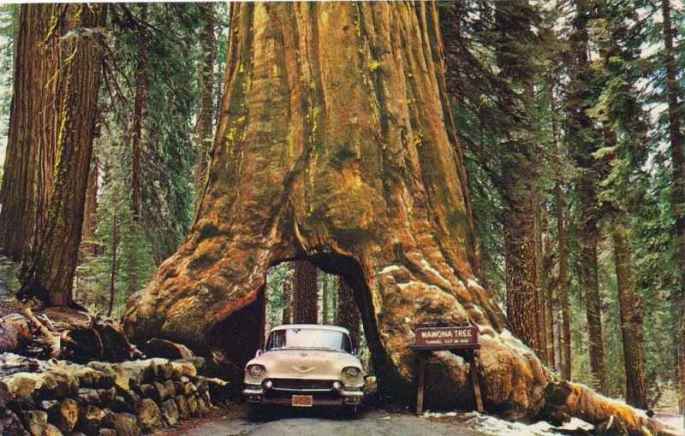 An old postcard of the Wawona Tree from 1956. Photo credit: unknown/public domain

The Tunnel Log Tree was carved after the tree fell over in 1937. Pavel Špindler [CC BY 3.0 ], via Wikimedia Commons

The famous Big Cedar Stump at Smokey Point Rest Stop, WA, remains as evidence of the giant trees which once forested this area.

The Shrine Drive-Thru Tree is a chimney tree, hollowed out by fire more than 100 years ago. It has been widened, allowing vehicles to drive through.

4 thoughts on “The tunneled sequoia trees”