The earth pyramids are a natural monument located in South Tyrol. The original name for these earth pyramids is Lahntürme (landslide towers). They are rather unusual formations of their kind which originate from morainic rocks of glacial origin. The columns of the pyramids may be more or less elongated, and the higher they are the thinner they get, ending usually with a stone cover. These earth pyramids are not static, they are constantly evolving, because their life cycle foresees a continuous erosion, or even a final collapse leaving room for new formations. 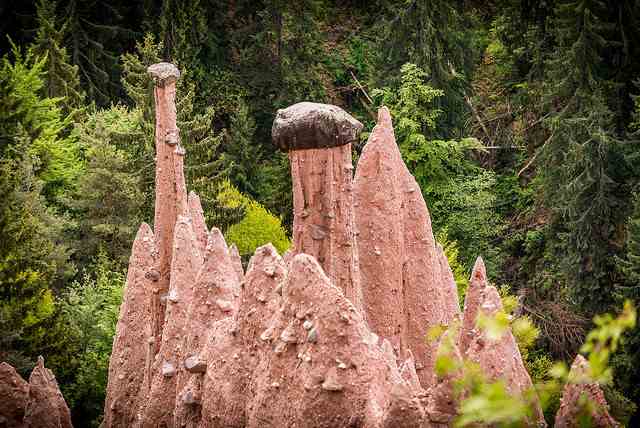