The Subway is a colloquial name for a uniquely shaped slot canyon in Zion National Park in Utah. It is located between two peaks called the North and South Guardian Angels, deep within the Left Fork of North Creek. It is part of the larger Great West Canyon system, which includes both the Left and Right Forks of North Creek.
There are two routes that lead to the Subway. Both are not easy, but one does not require special equipment, while the other can be completed only by experienced hikers. The demanding hike is rewarded with the spectacular sites and an opportunity to freshen up in the Subway’s pools. 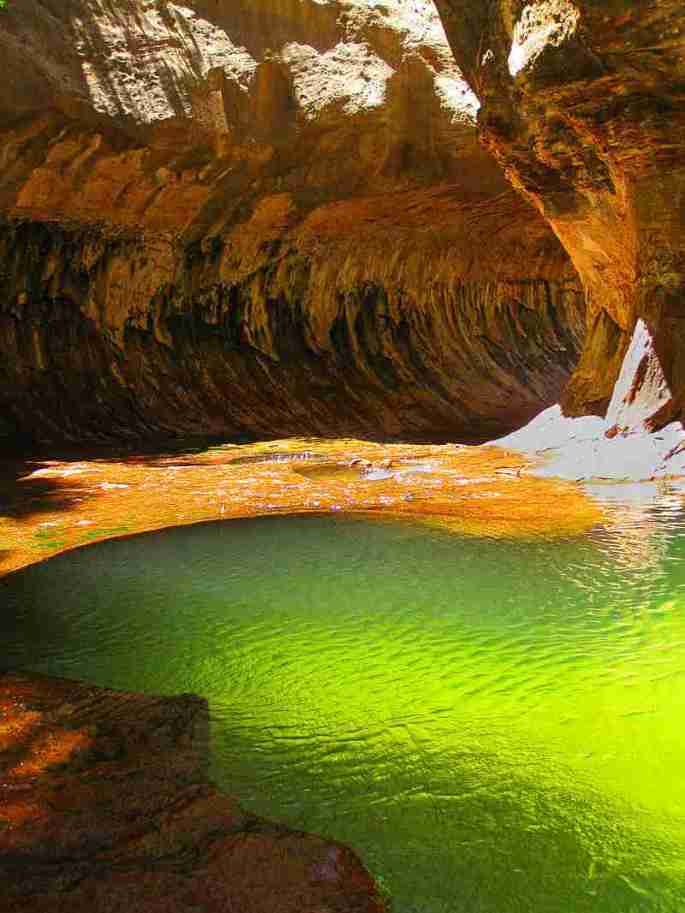 By John Fowler from Placitas, NM, USA (Subway) [CC BY 2.0 ], via Wikimedia Commons

4 thoughts on “The Subway in Zion National Park”