Glass fishing floats were once used by fishermen in many parts of the world to keep the nets from sinking. Though the floats are often associated with Japan, they were invented in Norway in 1842. Christopher Faye, a Norwegian merchant from Bergen, is credited with their invention and many of them can still be found in local boathouses. From the mid-1800s to the mid-1900s, floats were made of colorful blown glass. These glass floats are no longer used by fishermen, but many of them are still afloat in the world’s oceans, primarily the Pacific.
Although the number of glass floats is decreasing steadily, occasional storms or certain tidal conditions can bring them ashore. They most often end up on the beaches of Alaska, Washington or Oregon in the United States, Taiwan or Canada. 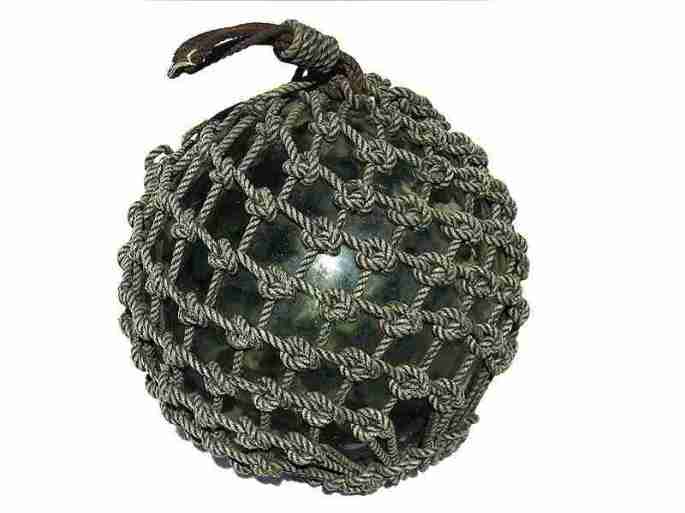 By Jgrimmer at English Wikipedia [Public domain], via Wikimedia Commons

“Float Fairies”
Every year Lincoln City in Oregon holds an event they call Finders Keepers. A handful of residents called “Float Fairies” place almost 3,000 hand-blown glass orbs on seven mile stretch of beach for others to find and keep. The glass floats are handcrafted by local artisans. It is about a treasure hunt, a nostalgic nod to the past.

2 thoughts on “Gems of the ocean: Glass fishing floats”