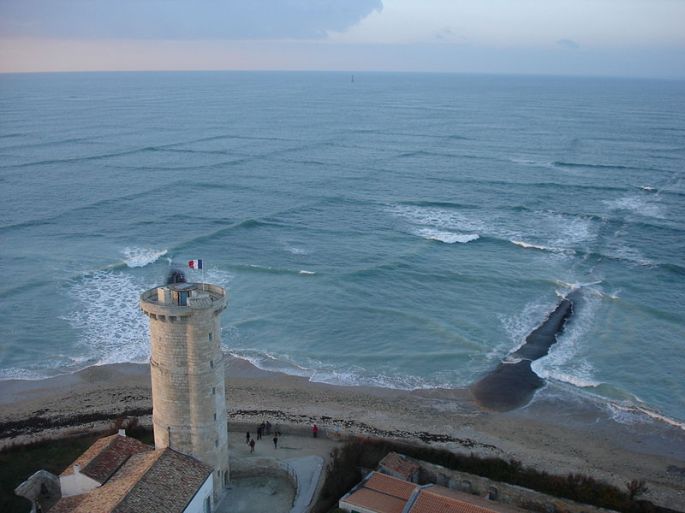 Photo taken from Phares des Baleines (Lighthouse of the Whales) on Île de Ré off the west coast of France.
By Michel Griffon – Own work, CC BY 3.0, Link

Cross sea is a marine state with two wave systems traveling at oblique angles.
Waves generated by the new wind run at an angle to the old, creating a shifting, dangerous pattern.  Two weather systems that are far from each other may create a cross sea when the waves from the systems meet, usually at a place far from either weather system. Until the older waves have dissipated, they create a sea hazard.

Although these waves are mesmerizing to look at, a larger percentage of ship accidents were found to have occurred in this state.

3 thoughts on “The Cross Sea – When Two Waves Meet”