A snow roller is a rare meteorological phenomenon in which large snowballs are formed naturally as chunks of snow are blown along the ground by wind, picking up material along the way, in much the same way that the large snowballs used in snowmen are made. Unlike snowballs made by people, snow rollers are typically cylindrical in shape, and are often hollow since the inner layers, which are the first layers to form, are weak and thin compared to the outer layers and can easily be blown away, leaving what looks like a doughnut or Swiss roll. (Source Wikipedia) 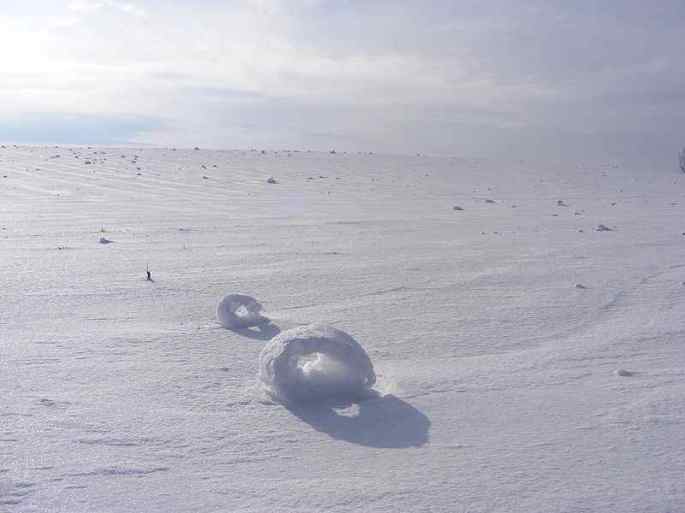 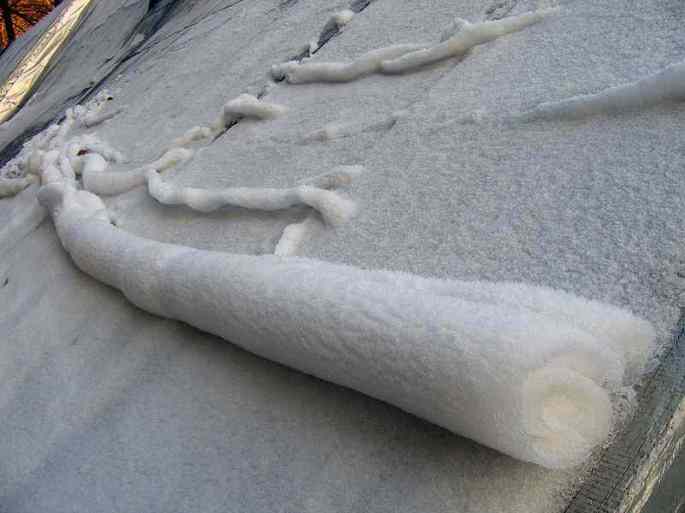 By Perduejn (Own work) [CC BY-SA 4.0], via Wikimedia Commons