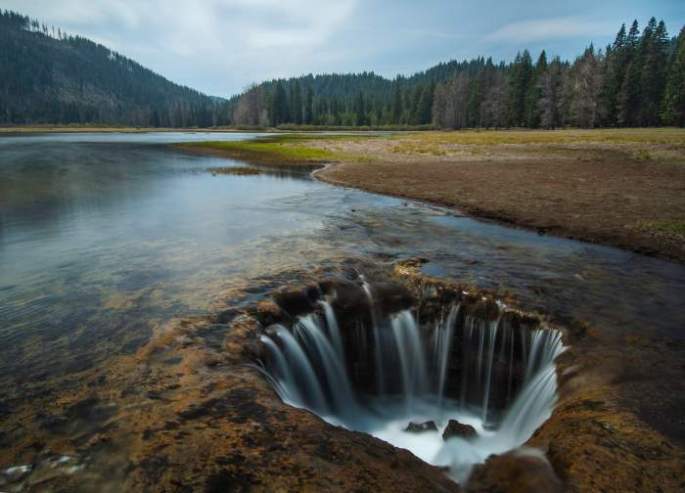 Oregon is home to the towering Cascades, a range of mountains and active volcanoes. The Lost Lake likely formed about 3,000 years ago, when lava flowing from a volcanic vent blocked a river channel and created the lake. The lake bed begins to fill in the late fall, when the amount of rain coming in starts exceeding the ability of the lava tubes to drain off the water. But during the dry months, the lake vanishes and turns into meadow. The reason? Two hollow lava tubes at the bottom of the lake are constantly draining the lake dry, much like a bathtub left unplugged. It’s not entirely clear where the water goes, but it possibly seeps into the porous subsurface underground. There have been numerous attempts to plug the leak, those endeavors, however, would only result in the lake flooding.