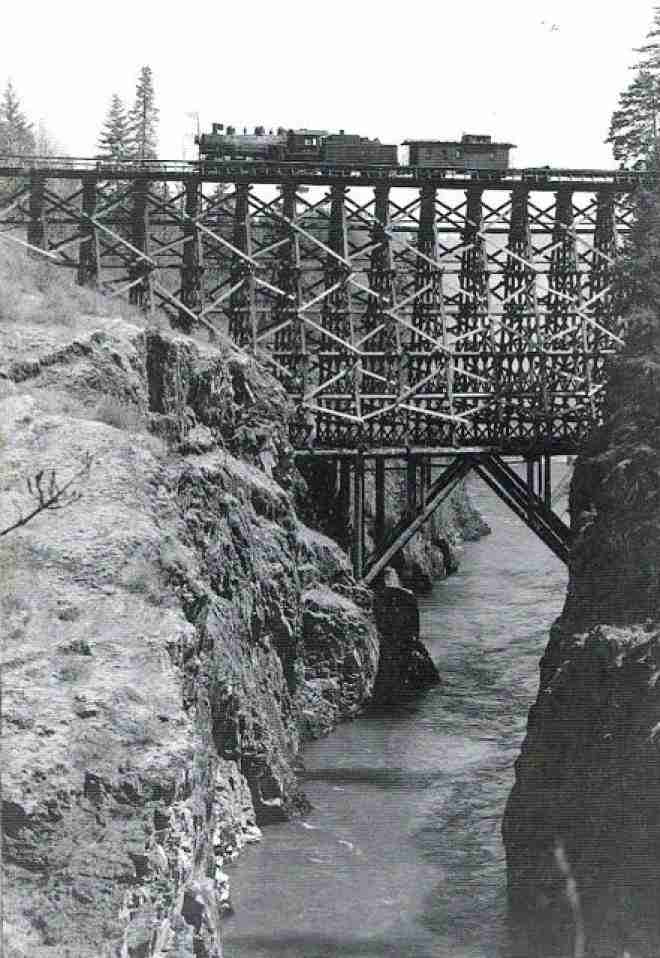 A timber trestle over the Crooked River Gorge in central Oregon sits nearly 320 feet off of the water.

In the 1830s, the railroad boom started a new era in the building of railroad bridges pushing engineers to build incredible bridges with timber trestles that have become synonymous with the era.

Timber trestles were one of the few railroad bridge forms that did not develop in Europe. The reason was that in the United States and Canada cheap lumber was widespread and readily available in nearby forests. The Pacific Northwest of the U.S. and the province of British Columbia, Canada became the central region for hundreds of logging railroads whose bridges were almost all made of timber Howe trusses and trestles.

Crib trestle bridge of the Columbia& Nehalem Valley Railroad at the McBride Creek, circa 1905. 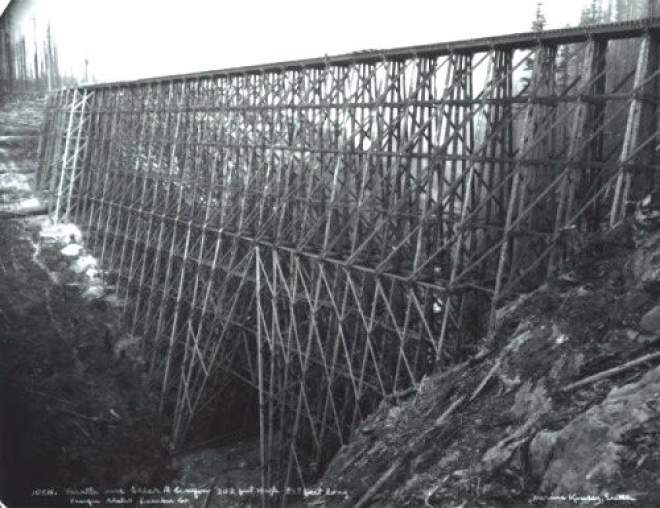 The engine “Firefly” on a trestle of the Orange and Alexandria Railroad, circa 1864.

Trestle in Central Pacific Railroad, circa 1869. 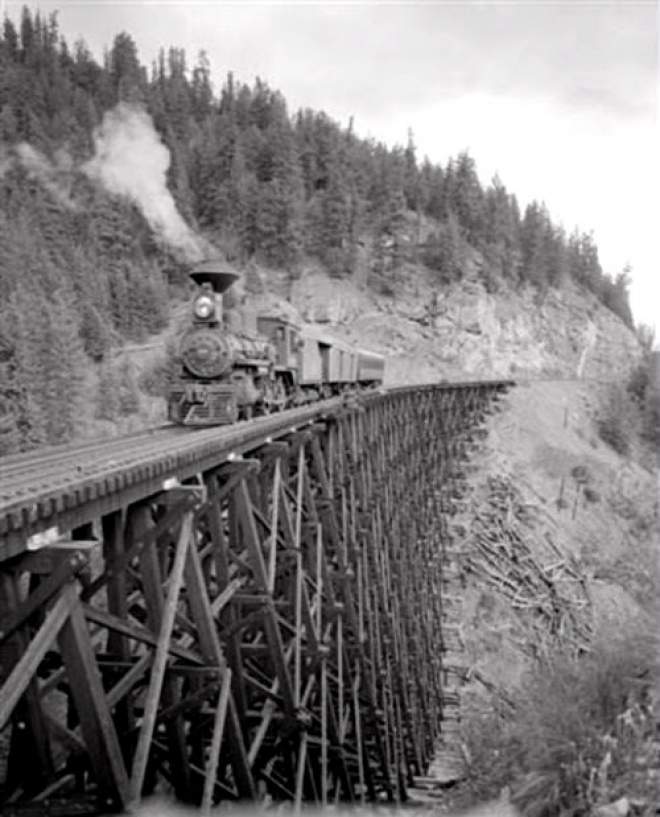 6 thoughts on “Towering Wooden Railroad Bridges from the 19th century”