A sunken lane (also hollow way or holloway) is a road or track that is significantly lower than the land on either side, not formed by the recent engineering of a road cutting but possibly of much greater age.
Various mechanisms have been proposed for how holloways may have been formed, including erosion by water or traffic, the digging of embankments to assist with the herding of livestock, and the digging of double banks to mark the boundaries of estates.
Info source 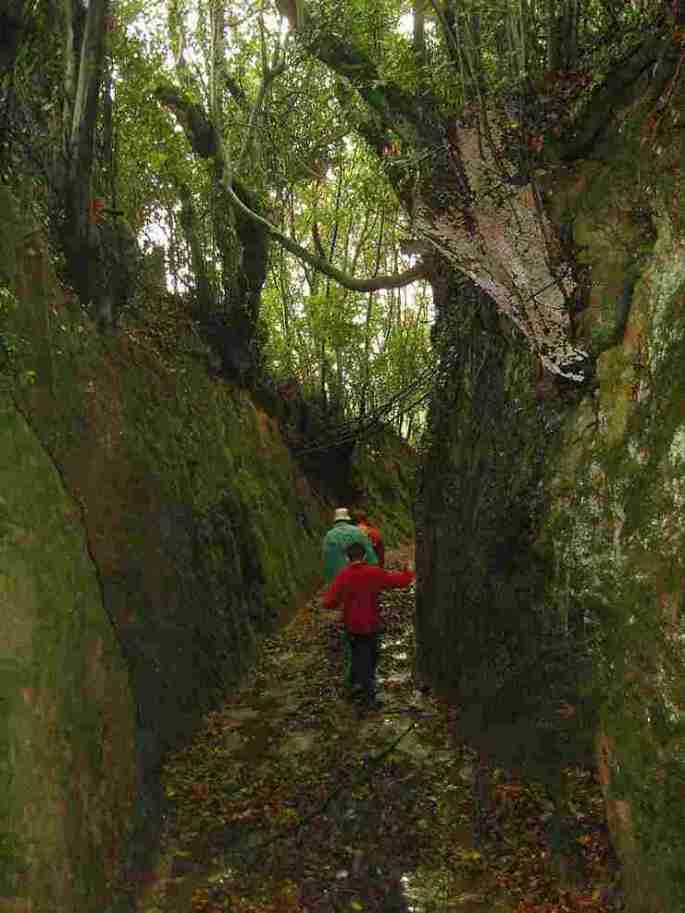 8 thoughts on “The Sunken Paths of Europe”