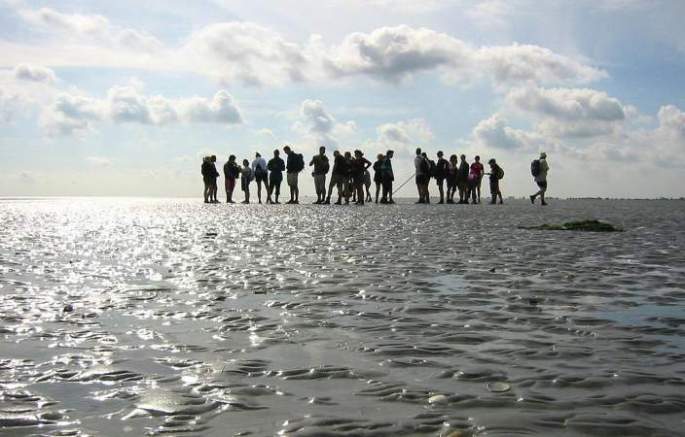 The Wadden Sea is one of the last remaining natural large-scale intertidal ecosystems in the southeastern part of the North Sea. Mudflat hikers are people who, with the aid of a tide table, use a period of low water to walk and wade on the watershed of the mudflats. Belts of this shallow sea lie off the mainland of the Netherlands,  off the coast of northwestern Germany and off the coast of southwest Jutland in Denmark.
In 2009, the Dutch and German parts of the Wadden Sea were inscribed on UNESCO’s World Heritage List and the Danish part was added in June 2014.
See more on WIKIPEDIA 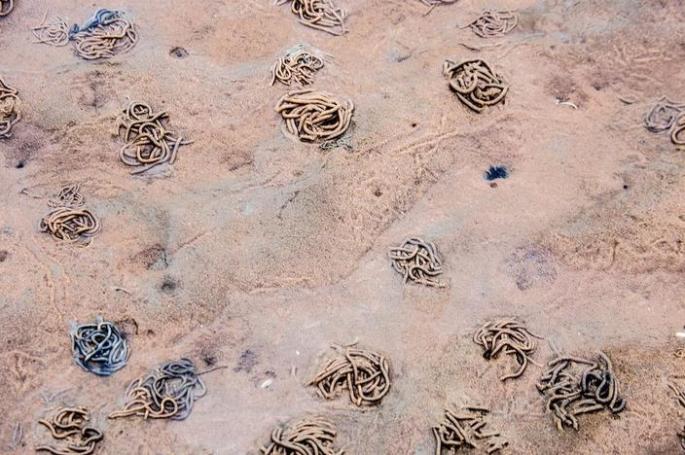 5 thoughts on “Hiking the Mudflats through the Wadden Sea”