A backstuga (literally “hill cottage”) is a cottage built into the southern slope of a hill, alternatively with a low floor and its walls stretched halfway down into the ground. This phenomenon is known from the early 1600s and was disliked by the government seeing it as a way to evade taxes. Such cottages were typically raised on land useless for farming. Backstugas may have been inhabited by craftsmen, or by those of the peasantry not active in the productive life of the community, such as old people who could no longer work, retired servants and the community destitute who had no relatives to care for them. Nowadays earthen cabins built partially buried in the ground  can be rent on Airbnb. 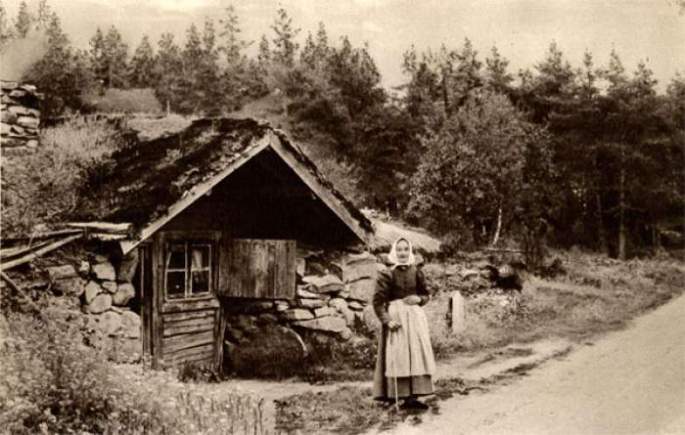