The world’s largest salt flat at 10,582 square kilometers (4,086 sq mi). It is located in southwest Bolivia, near the crest of the Andes. 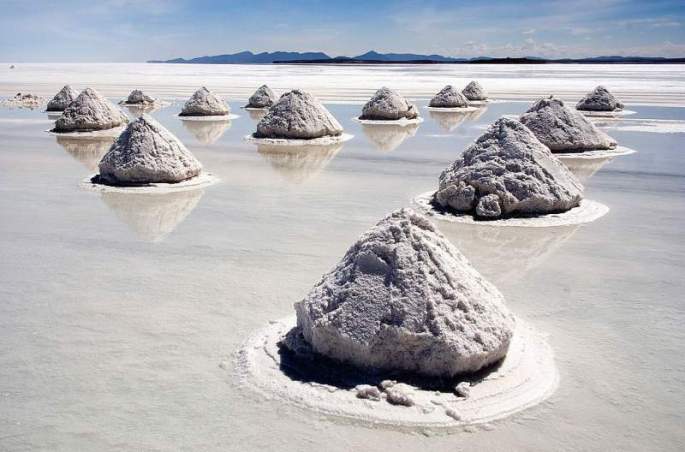 By Baptiste Rossi (Own work) [Public domain], via Wikimedia Commons

A red salt and soda lake on the border of Kenya and Tanzania and breeding place for endangered flamingos. The color of the lake is characteristic of those where very high evaporation rates occur. 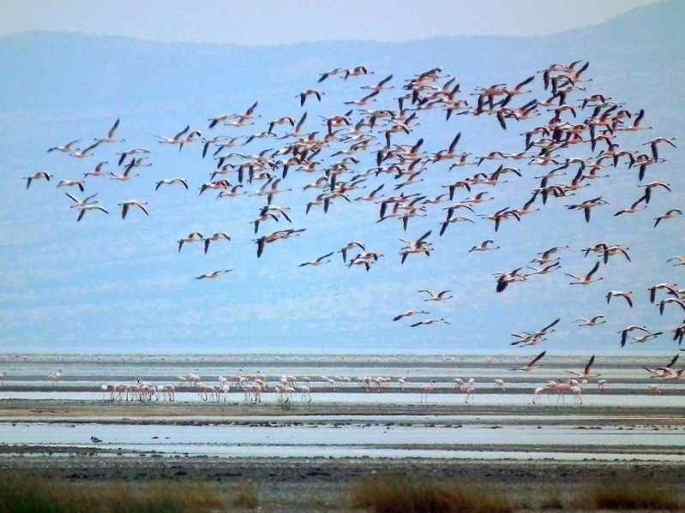 Lake Hillier is a saline lake on the edge of Middle Island, off the south coast of Western Australia. It is particularly notable for its pink colour. A long and thin shore divides the Southern Ocean from the lake. 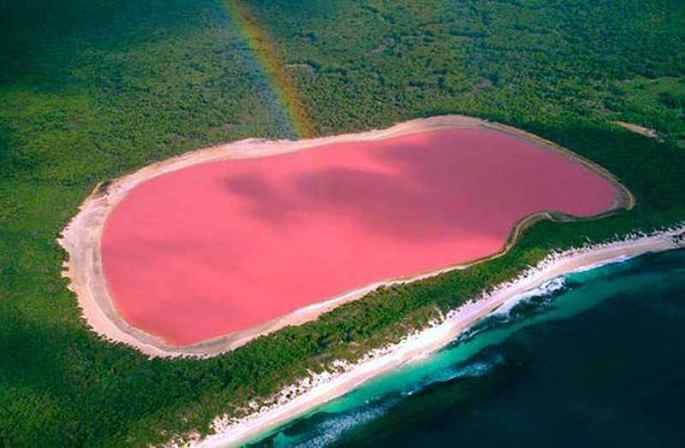 The lake is richly concentrated with various minerals. Most of the water in the lake evaporates over the summer, revealing colorful mineral deposits. 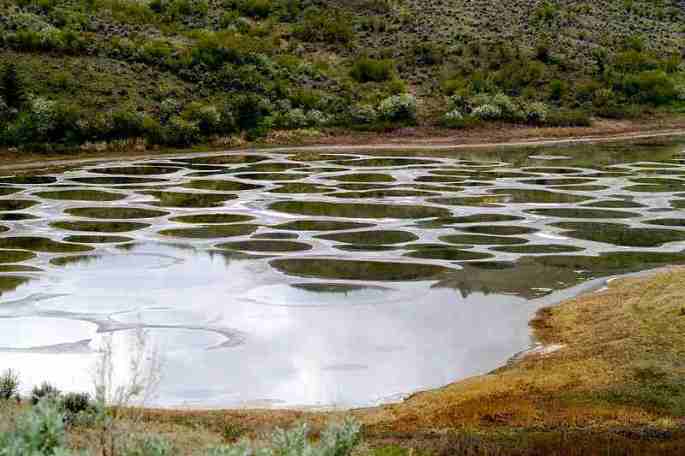 Since pre-Inca times, salt has been obtained in Maras, Peru, by evaporating salty water from a local subterranean stream. The highly salty water emerges at a spring. The flow is directed into an intricate system of tiny channels constructed so that the water runs gradually down onto the several hundred ancient terraced ponds 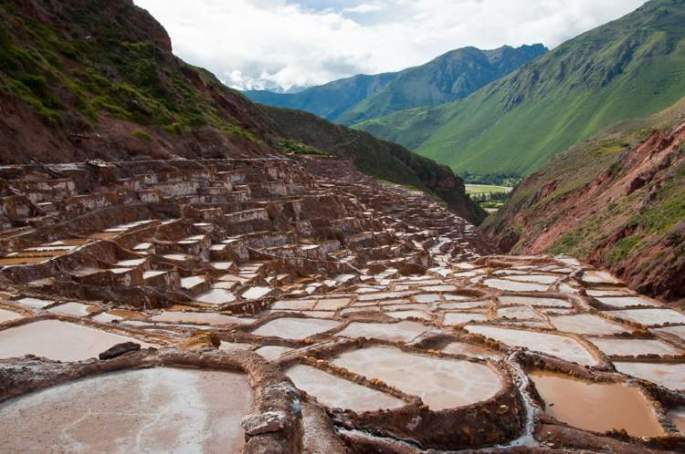 The area has a beautiful rugged terrain and several unusual geological formations. These include the Tessellated Pavement, an area of flat rock that looks to be man made but it is in fact formed by erosion.