The Lighthouse was built in 1879  on the rocky islet of Tourlitis in the harbor bay of the city of Andros. The location on an isolated rock is a unique element in Greece. The tower is accessible by stairs excavated in the rock.

The structure is 55 metres (180 ft) tall and overlooks the North Atlantic coast of Spain. Built in the 2nd century and renovated in 1791, is the oldest Roman lighthouse in use today.

Strombolicchio is a sea stack of volcanic origin to the northeast of the island of Stromboli. A lighthouse is located on its summit. It can be reached by a concrete stairway of over 200 steps.

The lighthouse is located on the west shore of Round Island in the shipping lanes of the Straits of Mackinac, which connect Lake Michigan and Lake Huron. Because of its color scheme and form — red stone base and wood tower — it is a recognizable icon of the upper Great Lakes. 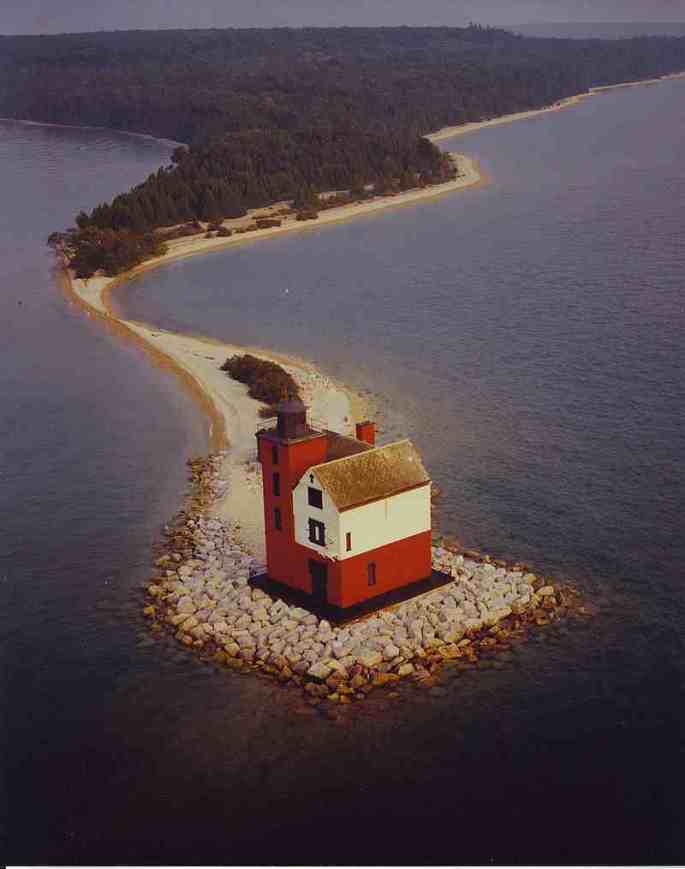 This unique 197 feet (60 meters) tall lighthouse was built in 2007 and aside from its main function it serves as an Orthodox church, a sea victims memorial, and even as a museum to water accidents.

Approx. 8 m (26 ft) round tower shaped like a baseball bat. Next to the tower are sculptures of a baseball and a baseball glove. 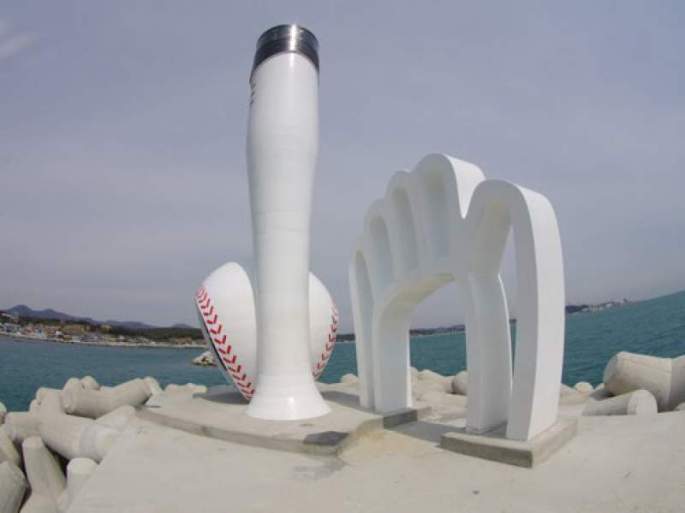 Built in 1880 the lighthouse is located on a tiny island at the mouth of the Bjugnfjorden. It is not lit during the late spring and early summer due to the midnight sun. The red lighthouse is an octagonal-shaped building that is 20.6 metres (68 ft) tall.

The lighthouse is located on the coast of the North Sea. Both shifting sands and coastal erosion are a serious problem in the area. The coast is eroded on average 1.5 metres (4.9 ft) a year. It is expected that the tower will fall into the sea by 2023.

A replica of a Vippefyr, an early type of beacon or lighthouse when Vickings  used to put hot coals in the basket to warn sailors of the coast. Verdens Ende (World’s End, or The End of the Earth) is located at the southernmost tip of the island of Tjøme in Vestfold, Norway.

By The original uploader was 91 at Norwegian Wikipedia – Transferred from no.wikipedia to Commons., CC BY-SA 3.0, Link