In architecture, a folly is a building constructed primarily for decoration, but suggesting through its appearance some other purpose, or of such extravagant appearance that it transcends the range of garden ornaments usually associated with the class of buildings to which it belongs.
18th century English gardens and French landscape gardening often featured mock Roman temples, symbolizing classical virtues. Other 18th century garden follies represented Chinese temples, Egyptian pyramids, ruined abbeys, or Tatar tents, to represent different continents or historical eras.
info: Wikipedia

The Dunmore Pineapple in Scotland 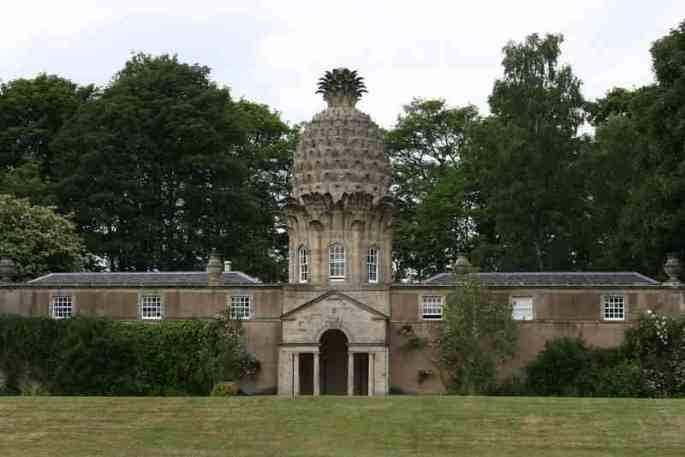 By giannandrea – Own work, CC0, Link

Modern reconstruction of the Turkish Tent, a permanent structure at Painshill, Surrey.

By Photographer: SiGarb – Low-res version of my own digital photograph, Public Domain, Link

The Beacon: One of the remaining follies at Staunton Country Park originally commissioned by George Thomas Staunton and designed by Lewis Vulliamy.

Hagley Castle is in the grounds of Hagley Hall. It was built by Sanderson Miller for George, Lord Lyttelton in the middle of the 18th century to look like a small ruined medieval castle. 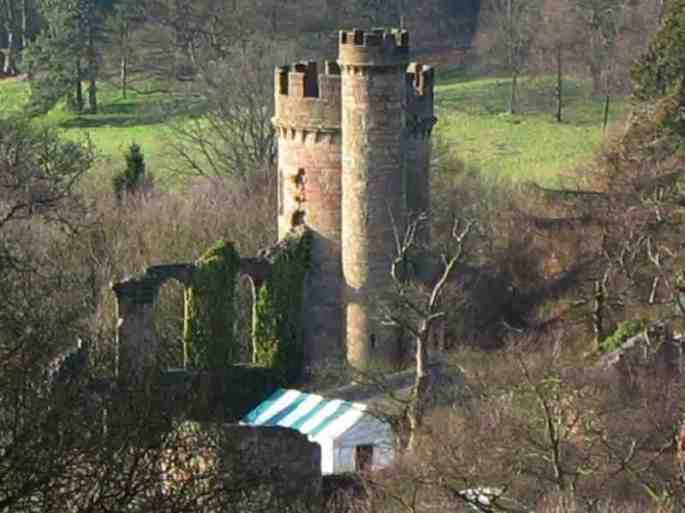