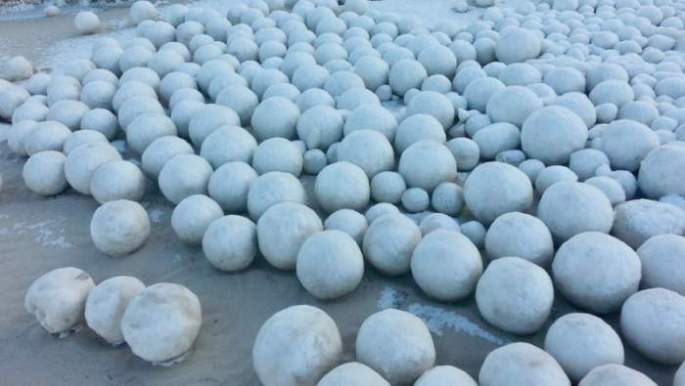 Locals in the village of Nyda, in the Gulf of Ob, Siberia say they have never seen anything to compare to them. An 18km stretch of coast was covered in the giant snowballs. The icy spheres are entirely natural. Some are the size of tennis balls. Others almost as large as a basketball.

Spokesman for the Arctic and Antarctic Research Institute (AARI) Sergey Lisenkov said: ‘It is a rare natural phenomenon. When the water in the gulf rose, it came into contact with the frost. The beach began to be covered with ice. Then the water began to slowly retreat, and the ice remained. Its pieces were rolling over in the wet sand, and turned into these balls.’