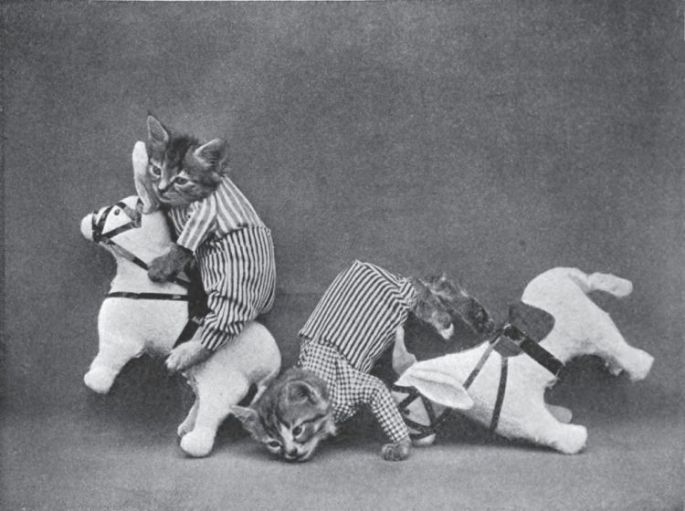 These were the original cat memes before the internet even existed.

During the 1870s, the Brighton photographer Harry Pointer (1822-1889) became well known for a series of carte-de-visite photographs which featured his pet cats. Pointer began by taking conventional photographs of cats resting, drinking milk or sleeping in a basket, but from around 1870 he specialised in photographing cats in a variety of poses, placing his cats in settings that would create a humorous or appealing picture. Harry Pointer’s series of cat photographs were collectively known as “The Brighton Cats”. (Source) 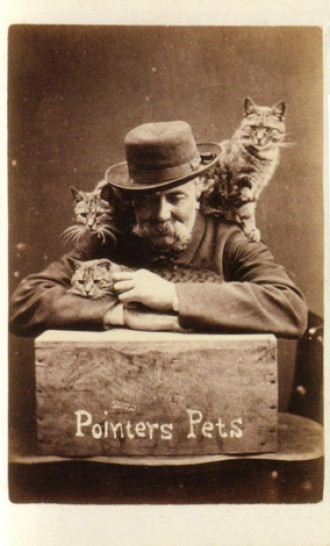 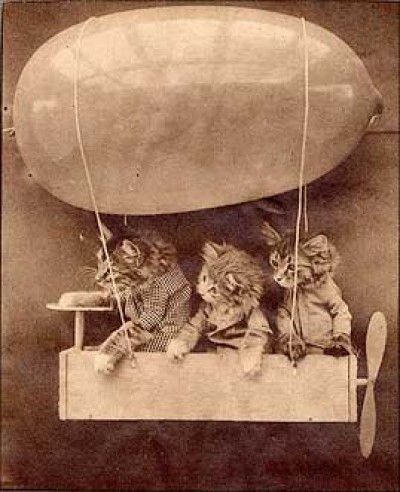 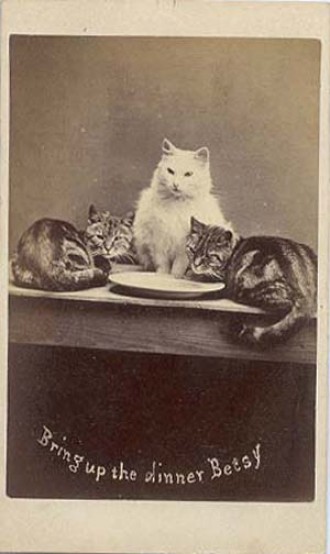 At the turn of the 20th century Harry Whittier Frees (1879–1953) took things to the next level. He created novelty postcards and children’s books based on his photographs of animals. He dressed the animals and posed them in human situations with props. 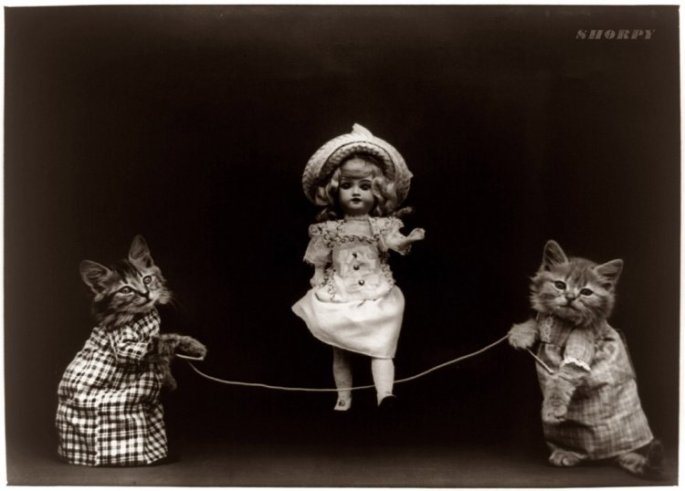 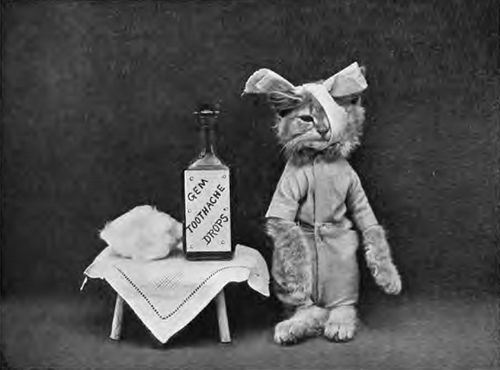 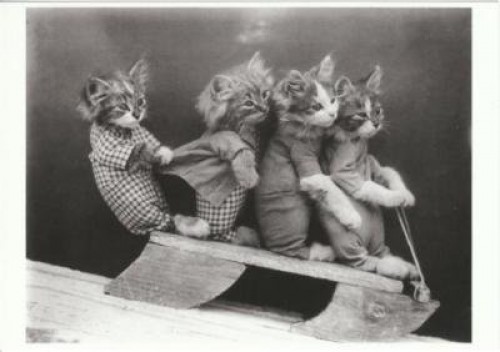 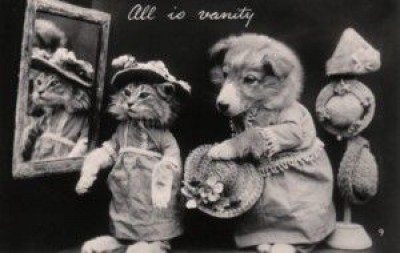 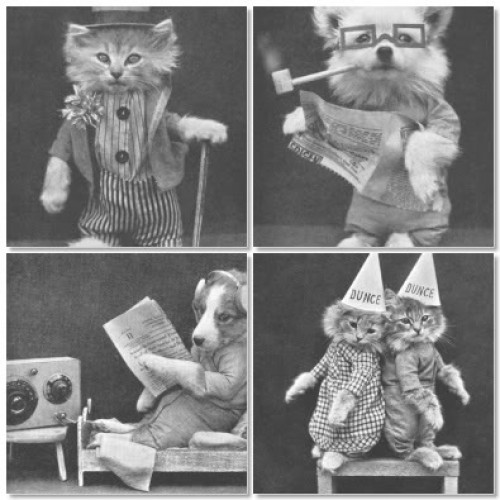